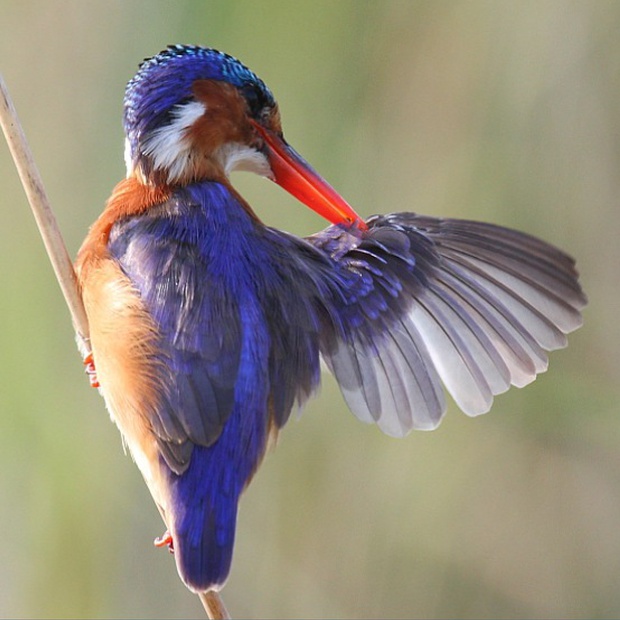 Introducing something new from Lawson’s – a South African bird photo safari. If you are keen on the photographic aspect of birding, this is a tour that will interest you. On ‘normal’ birding safaris the main goal is usually to see as many species as possible. On this bird photo safari however, our main goal will be to photograph the birds we encounter. This means that we’ll slow it down and concentrate on getting great images. The big, colourful and charismatic species will be our main targets, and the itinerary is built around some of the best of South Africa’s birding and photography venues.

Our South Africa photo safari starts off at King Shaka International Airport near Durban. Our first stop is St Lucia and the iSimangaliso Wetland Park. From there we stay at Falaza Game Park to explore Hluhluwe-iMfolozi Game Reserve. Moving on, we stay at Ghost Mountain Inn, giving us a chance to visit Mkuze Game Reserve. Next up on the trip is Hlane Royal National Park in the Kingdom of eSwatini, after which we spend time in the Kruger National Park, at two different rest camps. And to end off, we have two nights at Indlovu River Lodge, where we’ll have open-vehicle drives and spend time in a special bird photography hide (or blind).

The accommodation on this safari is of a medium-plus to high standard. It includes guest houses, an inn, private lodges and national park rest camps. Importantly, all accommodations have en-suite facilities, and are clean and comfortable.

Great bird images are the goal of this photo safari. So we won’t be chasing down the small brown jobs. We’ll be looking for the big, colourful and charismatic species – Raptors, Rollers, Bee-eaters, Kingfishers, Storks, Herons, Owls, Sunbirds, Starlings, Shrikes, Hornbills, Turacos, Barbets, Woodpeckers, Robins etc. The habitats covered are quite varied, including the lush coastal forest and grassland of the iSimangaliso Wetland Park, the freshwater Lake St Lucia system and Lake Jozini, the Sand Forest of Mkuze, and the woodland savanna of Hluhluwe-iMfolozi, Hlane and the Greater Kruger. All in all it’ll deliver a respectable bird list and, more importantly, many full memory cards! See the species check list on the digital itinerary for the full species list.

Although this is primarily a birding photography safari, there are plenty of mammals and other wildlife to see. For example, these include the classic African big game species such as: Elephant, African Buffalo, Lion, Leopard, South African Giraffe and Hippopotamus. In addition, one can expect to see a range of Antelope, plus some smaller species such as various Primates, Honey Badger, Black-backed Jackal, various Mongoose species and others. In addition, there's a range of reptiles, amphibians, butterflies and other insects to be seen.

In conclusion, this South African bird photo safari is aimed at those who like to go ‘birding with a camera’. We won’t spend time on tracking down rare species, or identifying small, brown birds. We’ll focus on the photographic aspect, giving ourselves time to get the shots we want. We’ll visit some incredible places, see and photograph an incredible range of birds, and have a lot of fun in the process. 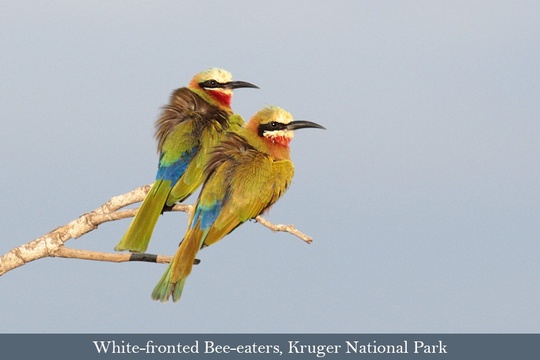 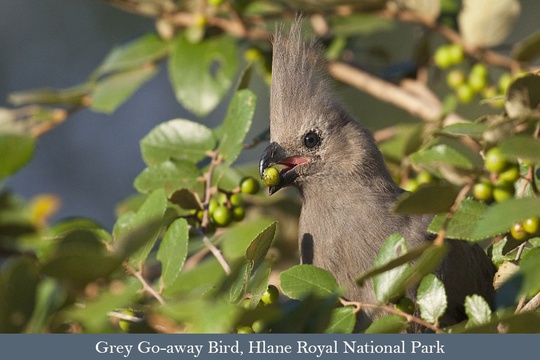 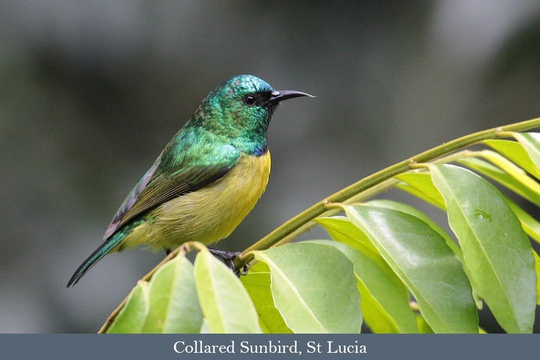 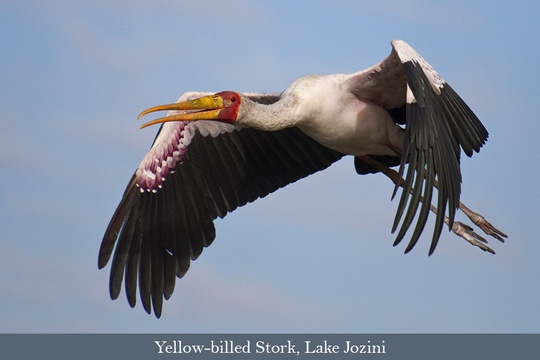 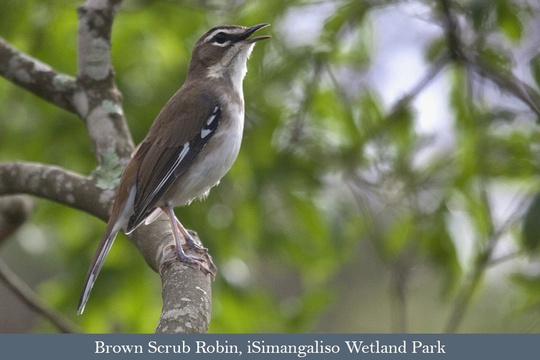 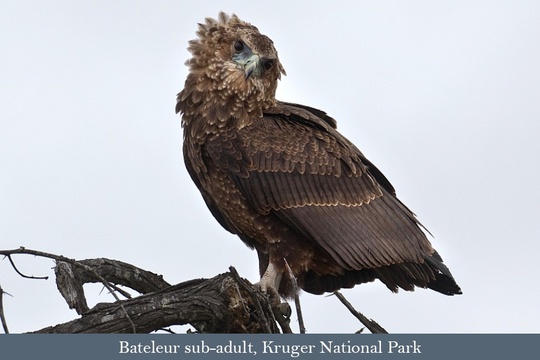 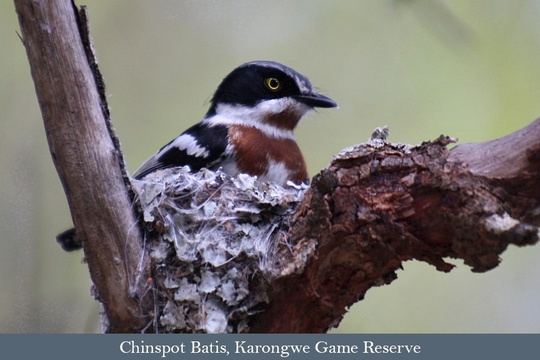 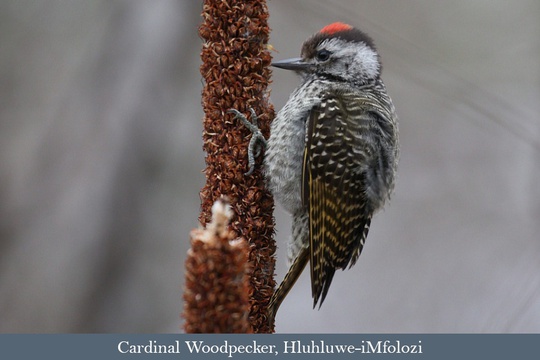 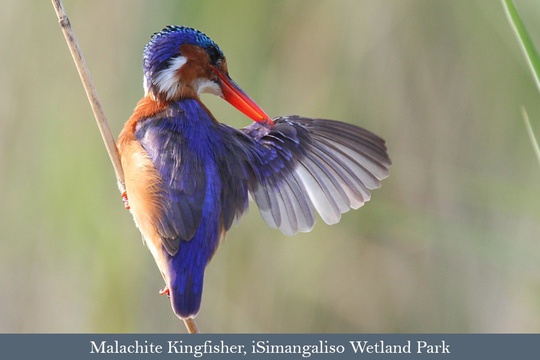 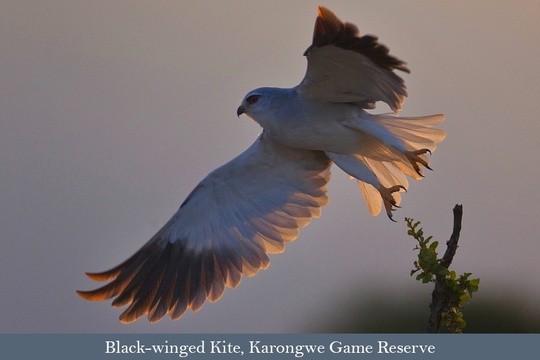 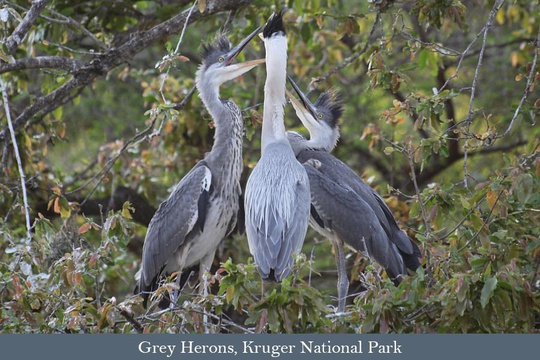 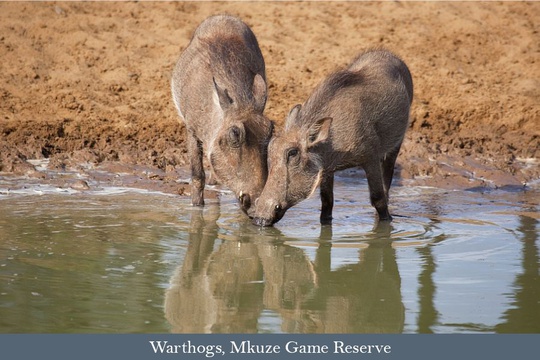 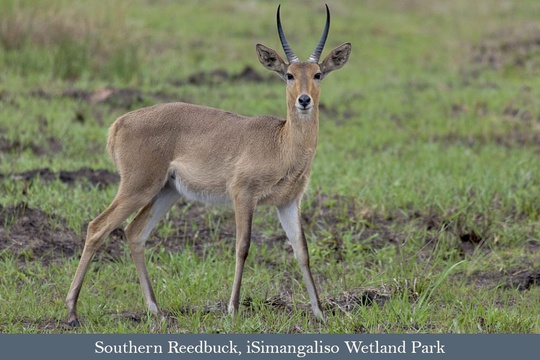 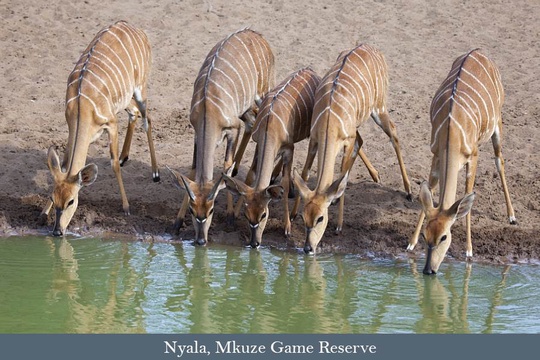 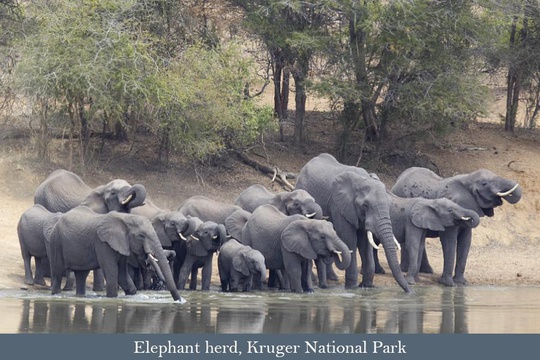 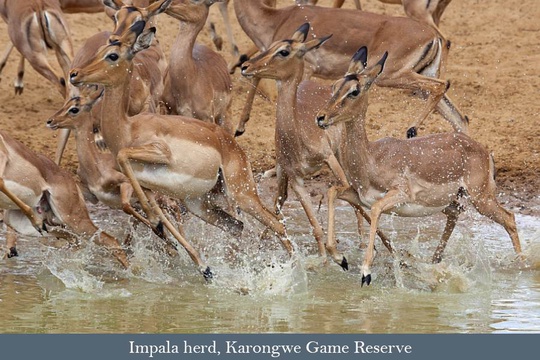 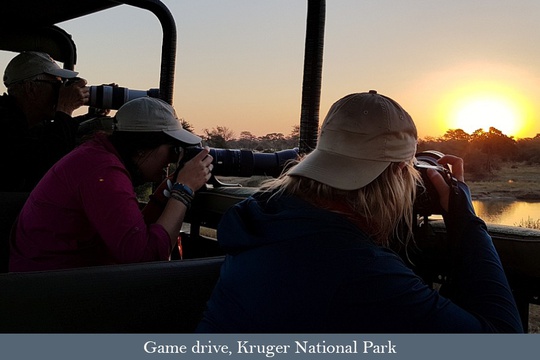 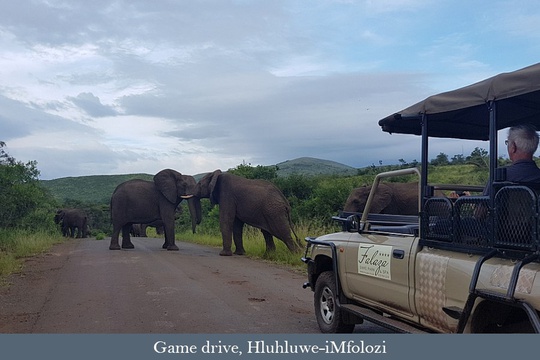 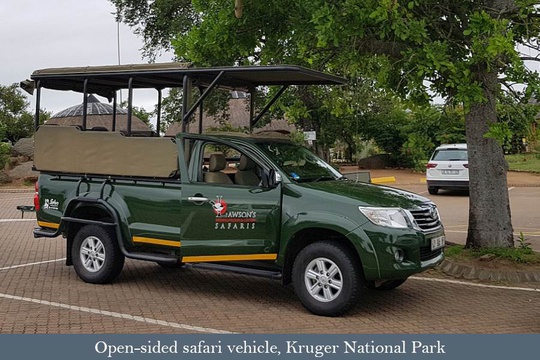 Expected weather conditions: warm to hot for the most part. Rain is a possibility this time of year.

Accommodation standards: medium to medium plus; guest houses and lodges.

Birding in brief: excellent all round birding, this tour takes place in the most species-rich parts of the country.

Add-ons: this trip can be combined with extensions to the Cape or Victoria Falls.

This itinerary is subject to change due to weather conditions at the time and other factors beyond our control.
The species mentioned in the itinerary represent only some of the possible ones we may see on the tour, however, none of these can be guaranteed even though every effort will be made where possible to locate them. A full list of possibles appears on your checklist.

Participants ideally need to arrive on morning flights into King Shaka on the first morning of the tour. Tour ends in Johannesburg on the late afternoon of the last day of the tour in time for evening transcontinental flights. Please check with us before booking any flights.

Start Location: Starts at King Shaka International Airport near Durban on the first morning of the tour.