The Guide's Tale: Snake on a Stick!

Anomalies. That’s what you are looking for in the bush when you are trying to find the hidden and hard to see creatures. You are looking for shapes, patterns, colours, anything that makes a creature stand out form the ‘hard’ part of the environment - the trees, bushes, leaves, branches, rocks etc…

On a late summer safari in 2015 with our South Australian Zoo Volunteers we were taking an afternoon bumble up the Sabie River road. As usual I was working hard to find anything of interest (besides everything overt that’s of interest – the trees, scenery, Giraffes, Elephants etc). As my eyes passed over a dead tree some distance off the road, I spotted an anomaly. A dead tree, with the bark long gone, should be almost 100% matt, it shouldn’t shine or reflect any light. Whoa! Brakes were hit and I reversed, picked up the binoculars and checked it out. Wowzer! A South African Python (formerly known as African Rock Python), was draped over the branch, its skin reflecting the setting sun slightly to create the shine. It took a while to get everyone onto it, as it blended almost perfectly into the environment, but what a great sighting! You certainly don’t see Pythons every day.

That was April 2015. On all my subsequent visits to the area I kept checking out the branch to see if there was a snake on it, but through the autumn and winter and into the summer of 2016 it never made an appearance again. Now here’s the strange part. In May 2016 the Zoo Volunteers were out on safari with us again. And again, we were driving along the Sabie River road in the late afternoon. As I passed the dead tree, I decided to give it a closer inspection, and lo and behold, the Python (or at least A Python, of similar size), was back on the branch! What are the chances of that? Like deja vu. Of course, I was immediately accused of having placed it there! Those Australians... (we do love them! And we are sure missing the 'gang').

Here's why they do it: small Pythons use these branches as ambush positions. I’ve seen a few, and they seem to often be close to water. And any water attracts birds, such as Doves. And the Doves like to alight on a ‘branch’ close to the water to survey the scene for danger before they fly down to drink. Little do they know that occasionally the danger is actually on the branch they plan to land on! 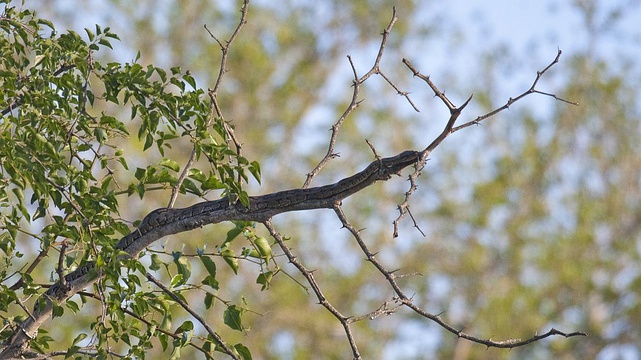 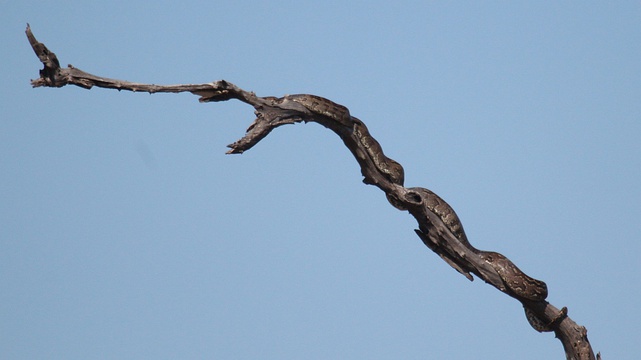 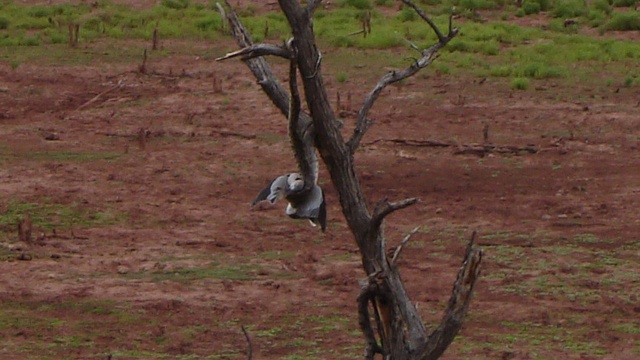