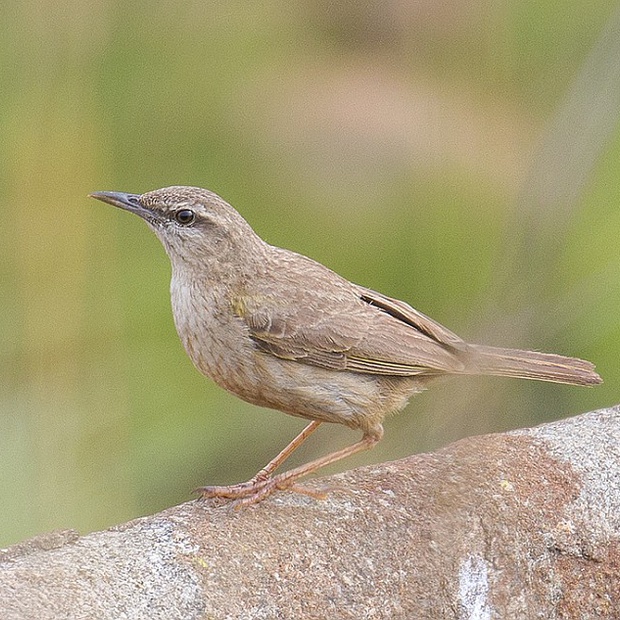 Last year we hosted Volkert van der Willigen on our epic Eastern South Africa Endemics serious birding tour from 19 November to 4 December. With international travel still in the doldrums, Volkert was the only participant, which was to his advantage as we could then also concentrate on the birds he's missed on previous trips to Southern Africa. And of course, the itinerary is designed around the endemics and other special birds found in eastern South Africa (which, together with the Western South Africa Endemics tour gives participants a real chance of bagging most of South Africa's endemics and near-endemics). All in all it was a very successful tour, delivering 408 bird species seen overall, and 58 of Volkert's 77 target species.

In trying to see all of the endemics of the eastern side of the country one has to cover a lot of ground, so by nature this is a fast-paced tour, though not as grueling as some other tours run by other companies out there to be honest! So we weren't quite relegated to one night stays throughout; most places were two night stays to cut down on the overall number of hours spent in the car traveling from A to B as a proportion of the overall duration of the tour. We started off with a night near the airport in Umhlanga; then had two nights in Creighton, close to the famous Sani Pass area; one night in Eshowe; two nights in St Lucia; two at Tembe Elephant Park; two again in Wakkerstroom; four nights in the Kruger National Park in three different camps; then two one night stays at Magoebaskloof and Polokwane respectively, for a total of 16 nights. We did close to 4000 kilometers in total, all safely and trouble free, and had an excellent time in general.

This is what Volkert had to say about the trip:

“Dear Leon: The trip is slowly sinking in. We had a great one. The stage was set by the different habitats Eastern South Africa has to offer, but with your expertise you pulled out an amazing number of birds. Thanks to your knowledge of the calls and songs combined with a very sharp eye we had great success in finding the birds I wanted to see. Thank you for your efforts, it was a tiring but very rewarding 16 days. The tiredness will be forgotten, so all that remains are memories of a great trip. Warm greetings, Volkert”

The first half of the tour brought some challenging weather conditions, especially on our trip up Sani Pass (though we still managed to see virtually all of our target species) and in the Wakkerstroom area, with wind, rain and pretty low temperatures - it is the rainy season after all, and this one has so far been a very generous one. After Wakkerstroom it improved generally, and we had mild to warm days and plenty of sunshine, and it wasn't as hot as it can be, making for great birding conditions.

Creighton and Sani Pass:
In Creighton we stayed at Smithfield Guest House, owned and run by local birder Malcolm Gemmel and his wife Gail and, birds aside, this is always the highlight of any tour in terms of hospitality. Malcolm and Gail and their staff do a superb job, and it's like staying with old friends - staying there gives you that 'warm and fuzzy' feeling and it's always hard to say goodbye! In terms of the birding, we had a couple of excursions with Malcolm, who showed us some target species such as Cape Parrot, Black-rumped Buttonquail, Pale-crowned Cisticola and Orange-breasted Waxbill, and it's always fun to go birding with Malcolm, who knows the area like the back of his hand. Then Sani Pass is one of the highlights of the entire tour, and this we did on our own, and were pretty successful. Target birds seen included Southern Bald Ibis, Bush Blackcap, Barratt's Warbler, Sickle-winged Chat, Large-billed Lark, Karoo and Drakensberg Prinias, Fairy Flycatcher, Layard's Warbler, Ground Woodpecker, Grey Tit, Drakensberg Siskin, Mountain Pipit and of course Drakensberg Rockjumper.

Eshowe:
On the way to Eshowe we stopped to see the 30th Golden Pipit seen in South Africa, an unexpected bonus bird that is normally restricted to East Africa. Then, in Eshowe we stayed at Eshowe Guest House, a wonderful establishment so well run by Anette Goosen, and also very well located, right at the main entrance to Dlinza Forest. Target birds seen here were Chorister Robin Chat, Spotted Ground Thrush, Lemon Dove and Red-backed Mannikin, though we missed Eastern Bronze-naped Pigeon and Green Twinspot. Then, using the services of local guide Junior Gabela we added Green Malkoha, Black-throated Wattl-eye, Green Barbet and Palmnut Vulture to the list.

St Lucia:
What a great place! This little town, adjacent to the magnificent iSimangaliso Wetland Park, is a real gem, one of my favourite places in the country, with so much to offer. We spent time in the iGwla-Gwala Forest, and visited both the Eastern and Western Shores sections of the park. Birds seen included Livingstone's Turaco, Grey Waxbill, Rudd's Apalis, Rufous-bellied Heron, Allen's Gallinule, Gorgeous Bush Shrike, Grey and Olive Sunbirds, Woodward's Batis, Brown Scrub Robin, Southern Banded Snake Eagle and others.

Kruger National Park:
As savanna habitat is widespread across Africa, the Kruger Park doesn't have a lot of endemics, but rather offers superb general birding coupled with world-class game viewing - what a great combination! Birding highlights were too many to mention, you'll have to read the full report for more details, but the display of a male Red-crested Korhaan was definitely a sighting to remember. Animal highlights included Lions, Elephants, Honey Badgers, Hippo's, Black-backed Jackals and a range of antelope and other species. We stayed at three different camps, namely Pretoriskop (1 night), Skukuza (1 night) and Satara (2 nights) which all provided typically basic but clean, comfortable and functional National Park accommodation, and pretty good food as well.

Polokwane:
For our last stop we stayed at Plumtree Guest House in Polokwane, which was very spacious and comfortable, and well positioned for access to Polokwane Nature Reserve. The reserve and general area holds quite a few species that aren't found further east, and new birds seen included Short-clawed Lark (the main target species), Shaft-tailed Whydah, Black-faced and Violet-eared Waxbills, Great Sparrow, Crimson-breasted Shrike, Scaly-feathered Weaver, Chestnut-vented Warbler and Marico Flycatcher, taking us up to 408 species seen by client and guide.

Click the link to read the full report and see the full bird and mammal lists: 2021-11 Eastern South Africa Endemics Trip Report. Note that file is 1MB in size, and that the photos are compressed to minimize the file size. See some more images (compressed for web, so also not great quality) in the gallery, and like and follow our Facebook page for more great content from the field!

Have a look at the 2022 Eastern South Africa Endemics tour! 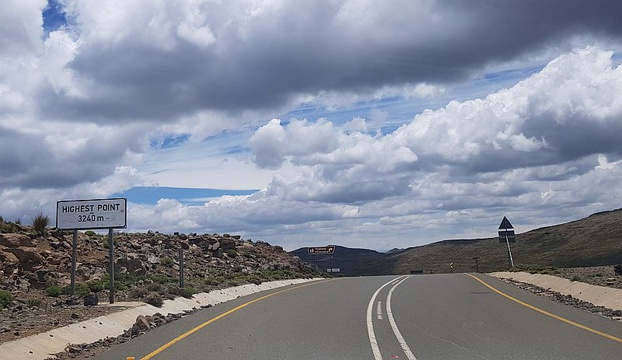 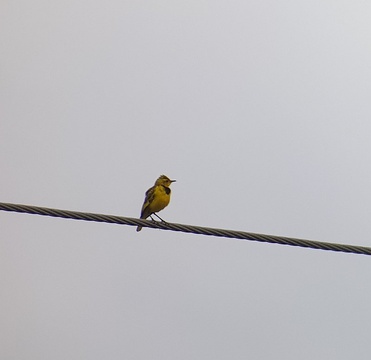 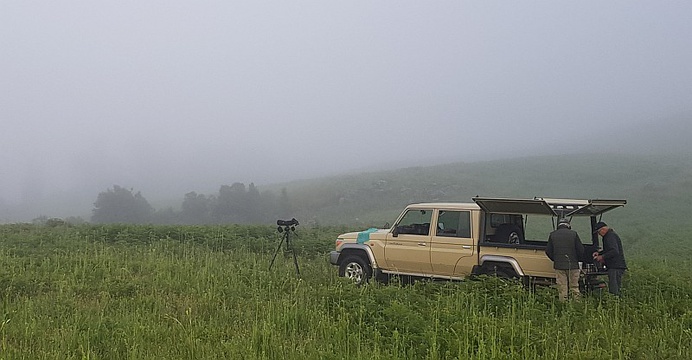 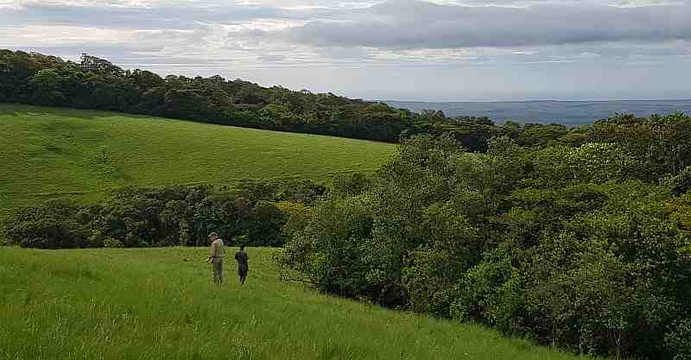 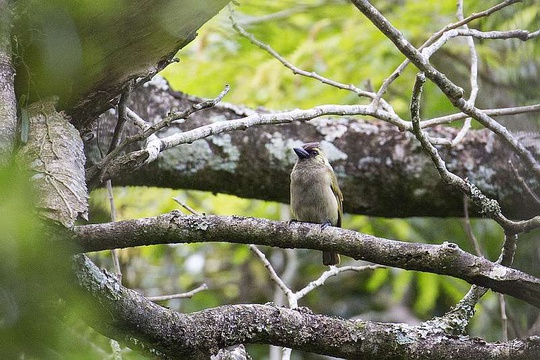 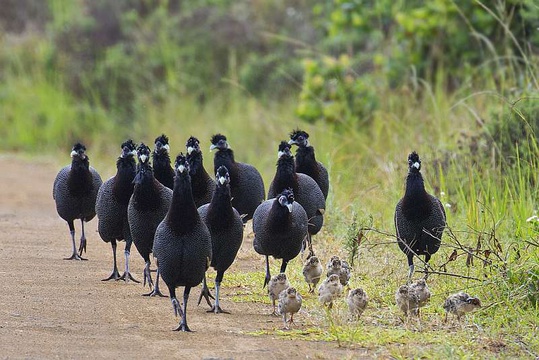 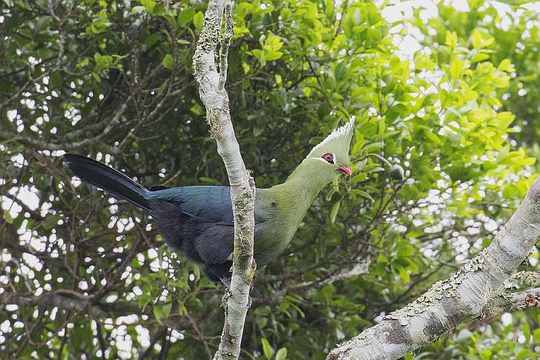 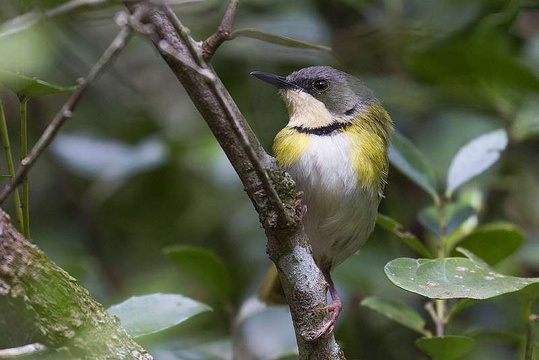 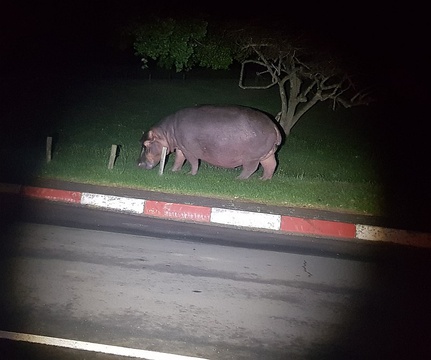 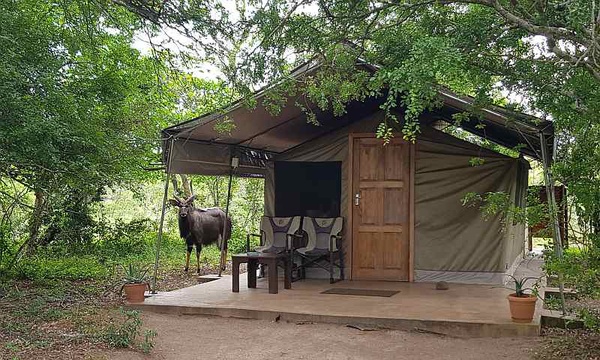 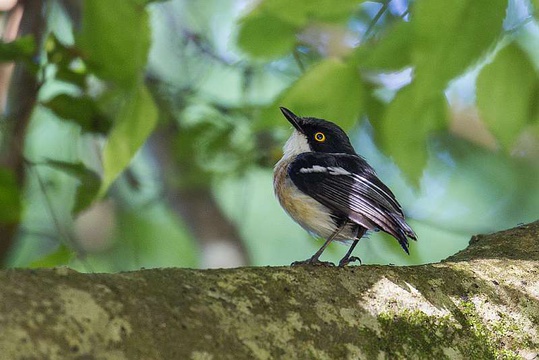 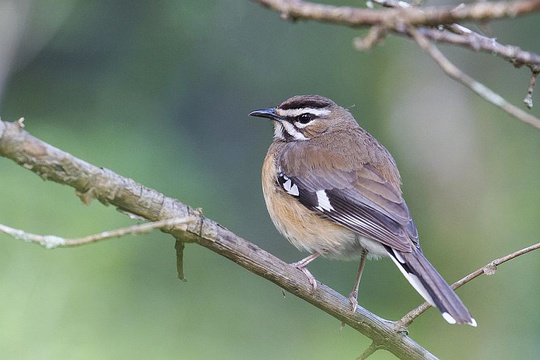 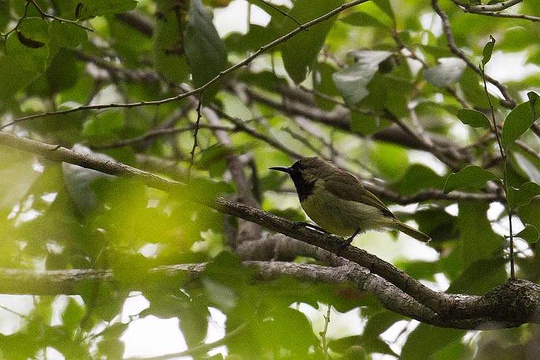 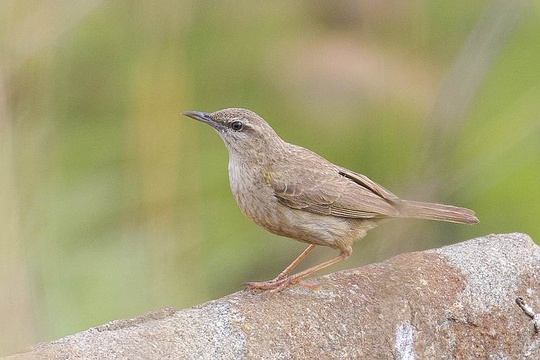 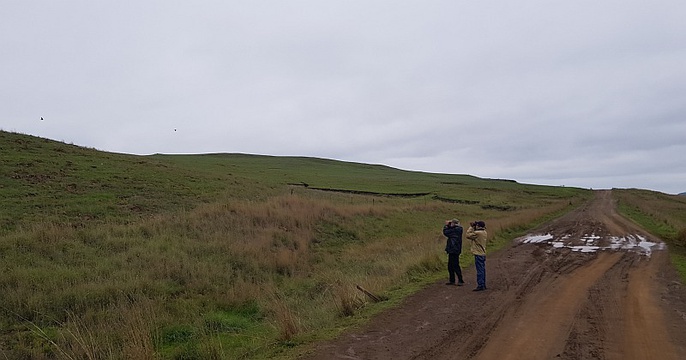 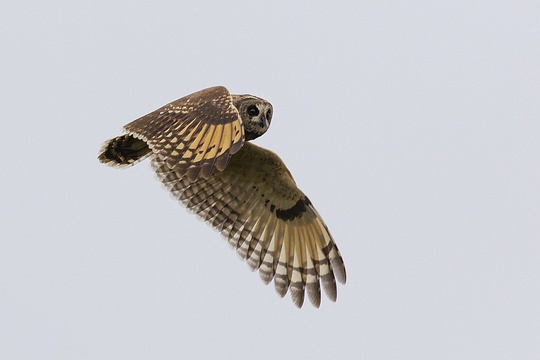 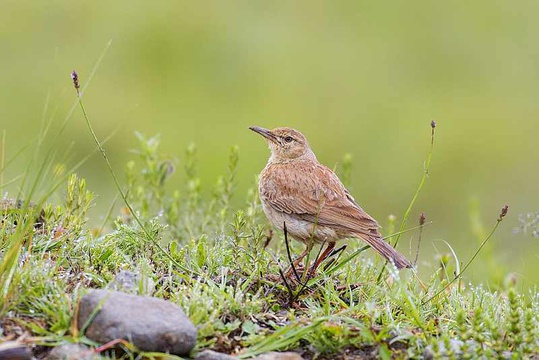 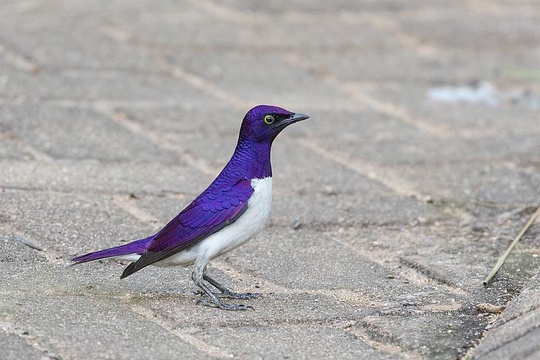 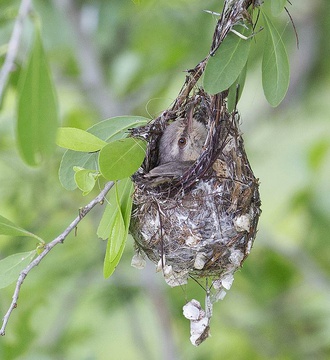 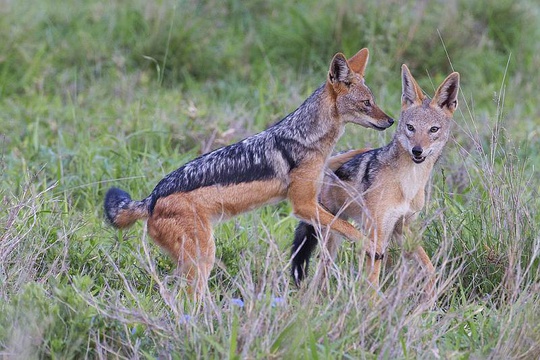 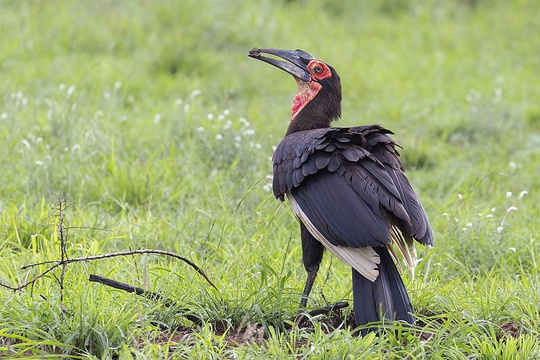 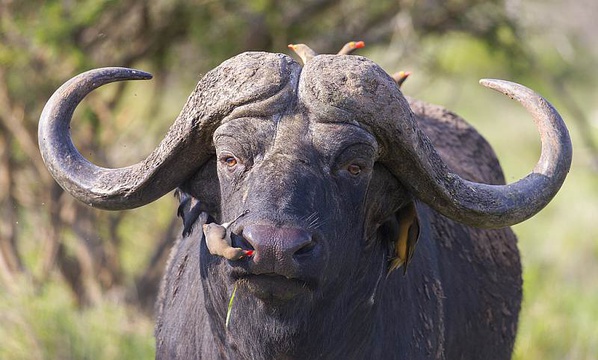 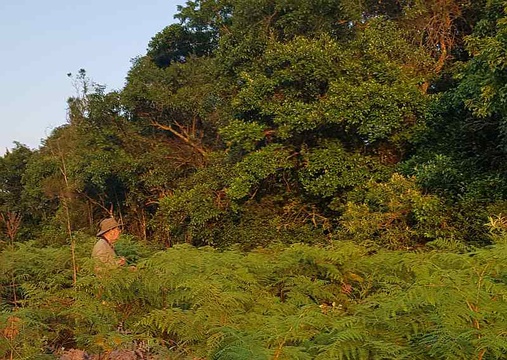 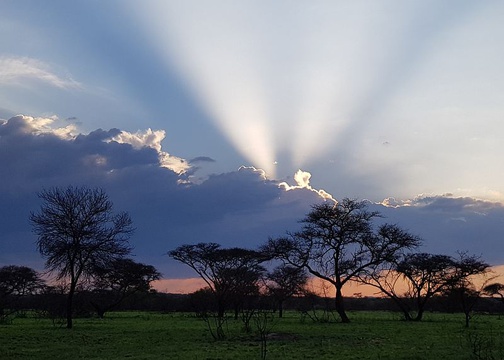