By all accounts the Hamerkop (Scopus umbretta) is a strange bird. Taxonomically, it's monotypic, being the only member of the Genus Scopidae, and is distantly related to the Shoebill and Pelicans according to current thinking - when you look at one, it's very hard to place it into any particular group of birds. It's found across much of Africa, Madagascar and parts of Arabia, where it hunts frogs, fish and insects around water, often swishing its feet in shallow water to disturb prey items. But what makes it pretty awesome is the nest, a gigantic structure measuring up to 2 meters high and 1.5 meters across, and weighing up to 50 kg. But it's not a conventional nest on which the bird sits on top (like a raptor nest), but rather has a mud-lined chamber inside the main structure, providing protection and insulation for the developing eggs and chicks. It's quite a feat of design and construction! The nests are usually built in large trees close to water, and occasionally on cliffs and buildings. It can take a pair up to 6 months to complete a nest, and they often adorn the top of the nest with additional sticks, bits of material, rubbish, and reportedly even clothing items 'stolen' from a clothes line in one instance! The unique Hamerkop is a common bird and is seen on most of our African safaris.

You're scanning the grasslands of South Africa in summer, and in the distance you see what looks like a white plastic bag hooked in a bush and inflated by the breeze. But don't be fooled, for its not a plastic bag, but rather the inflated throat of a male Denham's Bustard (Neotis denhami) in display, something that can be seen from a substantial distance (even by us humans). They are a truly spectacular sight, with their throat and breast feathers puffed up incredibly, making them stand out to potential mates and rivals alike from miles around. These large birds are unfortunately very shy, so it's hard to get close to them and scope views will have to do in most cases. The bird seen in the video (shot via a spotting scope and smartphone) was seen during a recent bird survey near Indwe in the Eastern Cape, and was 'on display' for days on end, just wandering up and down, showing off to the world. This species is best seen on our Western Cape Highlights safari.

It's one of the classic summer sights across the grasslands of the interior of South Africa. It's kind of like the living version of the Will-o-the-Wisp, a black shape fluttering phantom-like low over the open grassland. But suddenly it changes shape, becoming a black streamer fighting valiantly against the prevailing wind. This is a spectacular male Long-tailed Widowbird (Euplectes progne) in display. They are resident in the grasslands of central and eastern South Africa, but the males have strong seasonal plumage variation - in winter they are drab, brown birds, but by full summer are resplendent in jet black, with red shoulders and an astonishing long, flowing tail. When in display flight they let the tail drop and fan out below them, and float along slowly for a minute or so, before cleaning up and flying to a perch to take a break and scan for passing females. It's a great spectacle to witness, especially when several males are displaying in the same area. A definite South African birding bucket list item! See this on our Eastern SA Highlights safari tour.

Take a look at the Red-billed Quelea (Quelea quelea)  in the bird book and you may wonder why it's listed as an 'awesome bird'. It's a small brown affair, though the males look a little less drab in breeding season when they sport black and red heads, but generally it looks fairly insignificant. So, not much to look at, really. But when a flock of 1000 000 plus comes streaming over your head, well, that's pretty awesome indeed. It's said that the Red-billed Quelea is the most numerous bird on the planet, and when one sees them in big numbers that's entirely believable. They are basically seed eaters, and are nomadic, moving in response to food availability. At almost any time of the year one can see them across Southern Africa but, in the Kruger National Park at least, late summer is when they are most impressive. They create breeding colonies that sometimes cover several hectares, with every available bush and shrub packed with their small, woven nests. And when the nests are occupied by chirping chicks, the collective sound produced is unbelievable (see video in the gallery). In May 2018 we had some of the most incredible sightings of Queleas in the Kruger, as seen in the other Quelea video. They seemed to follow a fixed pattern, streaming eastwards from an unseen roosting area in the mornings, and then westward again in the later afternoon, coming right over our heads on the H1-3 not far south of Satara. In fact, it wasn't a 'sighting', but could rather be described as a phenomenon, that's just how awesome it was... And if you can get close to a breeding colony, it's incredible to see how it attracts birds of prey such as Tawny, Wahlberg's, Lesser Spotted and Steppe Eagles, sometimes in great numbers. Another South African birding bucket list item! Book on a custom Kruger safari in March to May to experience these Quelea flocks.

While all raptors are naturally cool birds, the African Harrier Hawk (Polyboroides typus) is one of the most remarkable and entertaining of African raptors. It's waaay-cool, dude. This species is widespread across sub-Saharan Africa, with the very similar Madagascan Harrier Hawk representing the genus in Madagascar. One of the unique features of the bird are the double-jointed knees, enabling the lower legs to bend in multiple planes, giving the bird the ability to access prey items such as geckos, lizards, birds, squirrels etc hiding in cracks, crevices and nests. The message for small critters - 'You can run but you can't hide!' Watching this bird hunting is quite an experience, and it's clear at times that it has a degree of problem-solving ability as it works out how to extract something from a hole or crack. Another interesting feature is the ability of the normally yellow facial skin to change to bright scarlet according to mood - as can be seen in the mating pair which were obviously a bit excited! It's a relatively common species, even occurring as a garden bird in our home town of Nelspruit, South Africa, and easily seen on most regional safaris. See this bird on our Incredible Kruger safari in 2022.

And coming up in a new blog post soon: the coolest bird nest in the world. 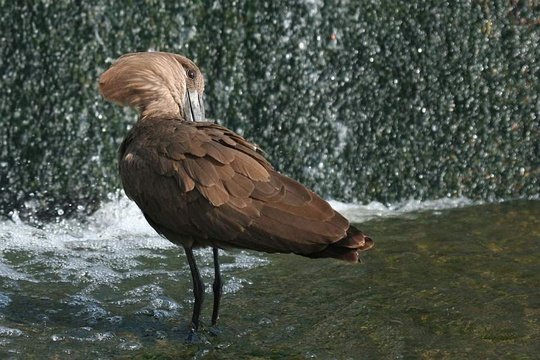 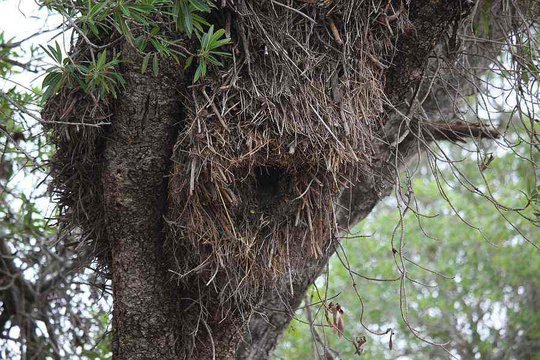 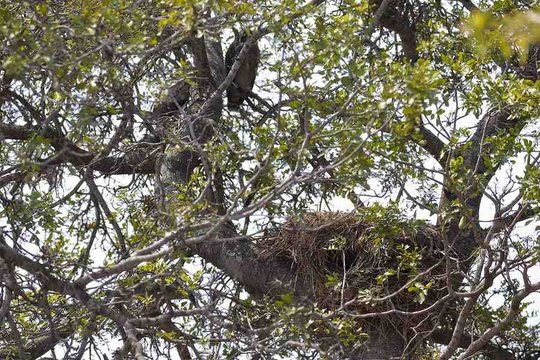 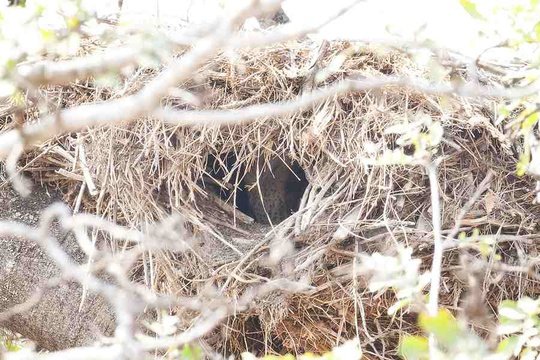 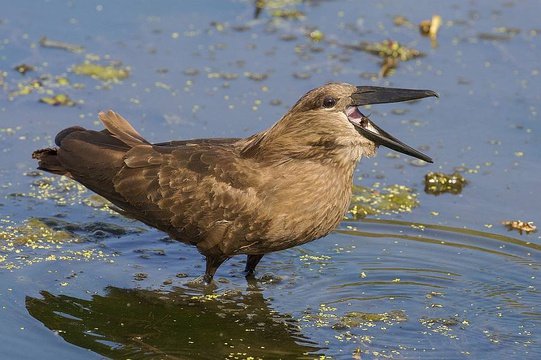 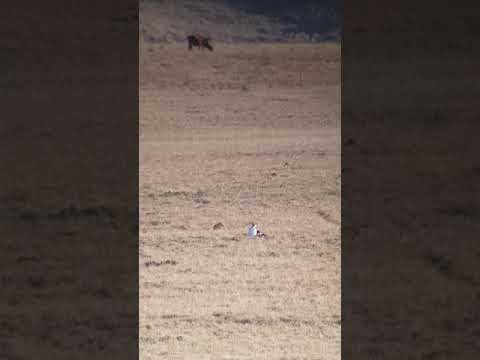 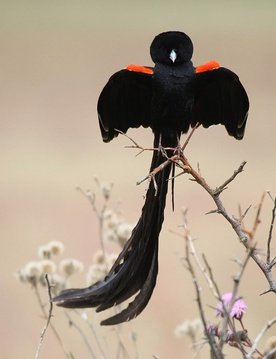 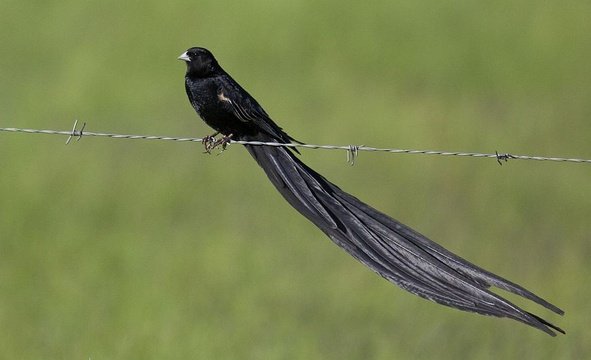 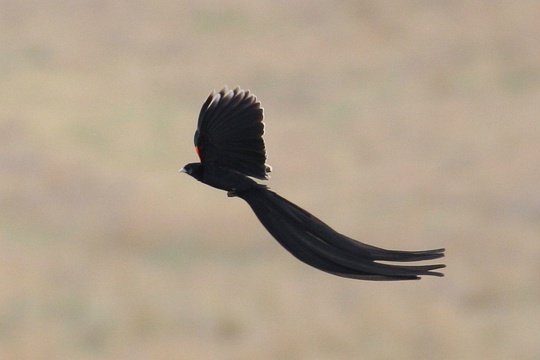 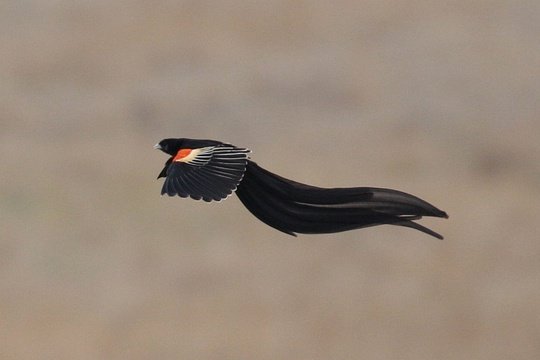 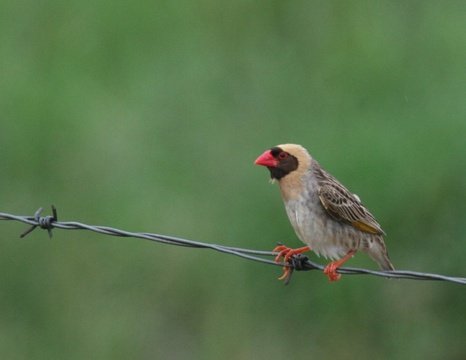 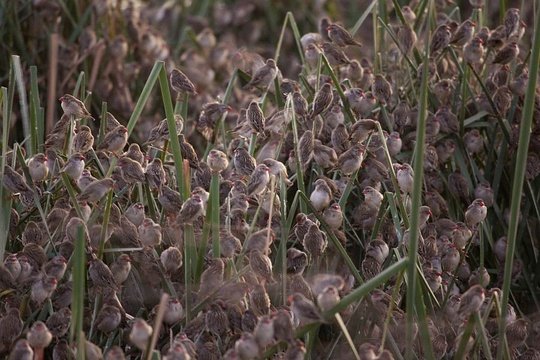 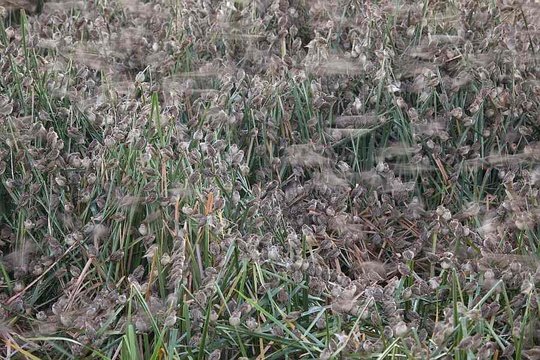 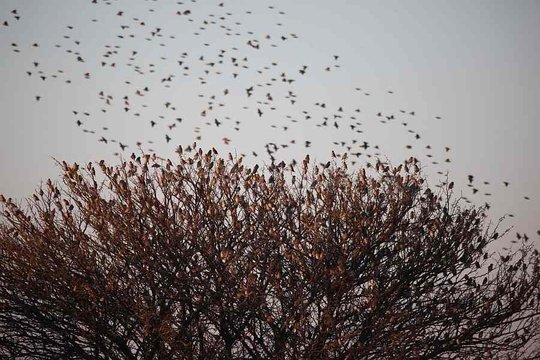 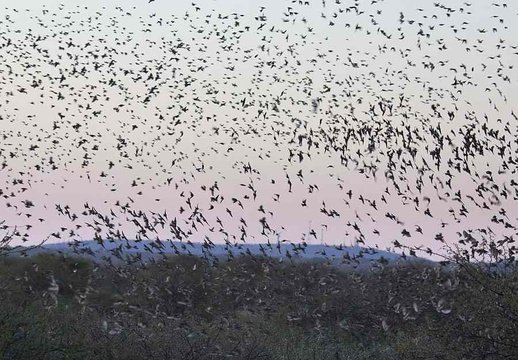 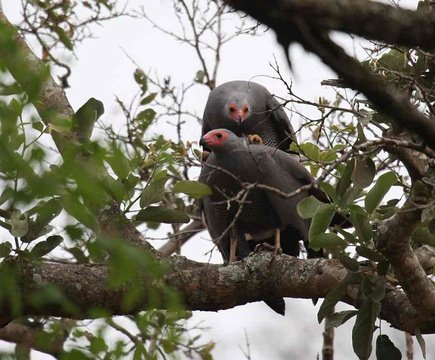 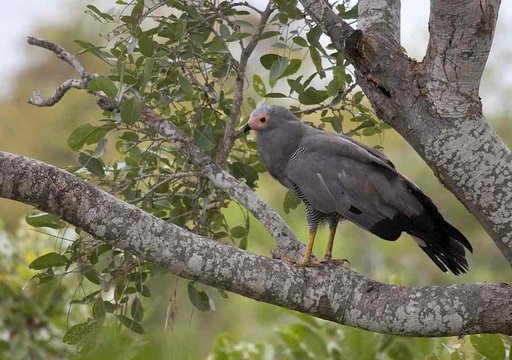 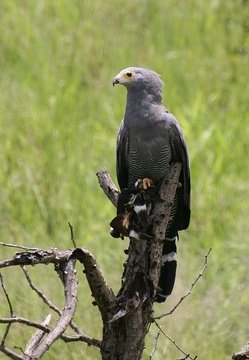 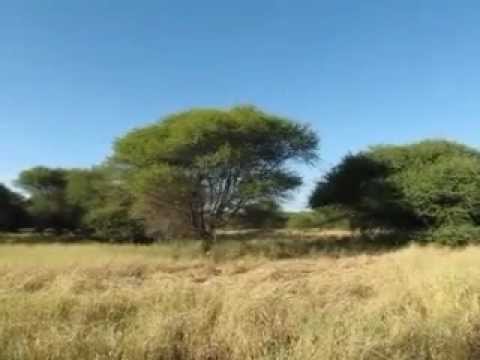 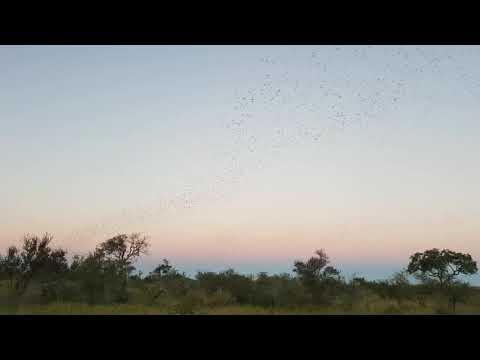